B. David Levine has been designing his entire life. From his beginnings as a fine artist and his later move into interior and architectural design, the eventual metamorphosis that added showroom owner to his resume was a natural progression. The B. David Levine Showroom on La Cienega Blvd in Los Angeles came to be as Levine sought to expand the possibilities of design on the West Coast with the infusion of European design he always brought to his projects. The designer’s belief that “good design of a piece is good design of a piece, whatever the style,” is reflected in the furnishings and objects he sources for his showroom–from Liberty style to the very modern and many periods in between–pieces that reflect his stance that it’s not necessarily whether or not different period styles work together but rather how individual pieces can be curated to create a truly unique interior that is reflective of the person who will live in and enjoy the space. Levine’s vision was further reflected in his window design for the 2022 Legends of La Cienega. Working with the event’s theme of The Golden State of Design, Levine recreated a California landscape set before the backdrop of a custom mural. While the mural brought a literal vista, the objects that filled the remainder of the space illustrated how one can conceptually bring an idea to an elegant, livable, and lasting reality–glass vases and sculpture, for example, were incorporated to mimic the forms and hues of cactus, while natural-colored area rugs piled in waves represented the undulating desert sands, and a glistening, blown glass chandelier represented the sun. It’s that idea of abstract creative concepts and fantastical or historical viewpoints being brought into livable, luxurious reality that can be found around every bend in this designer showroom. 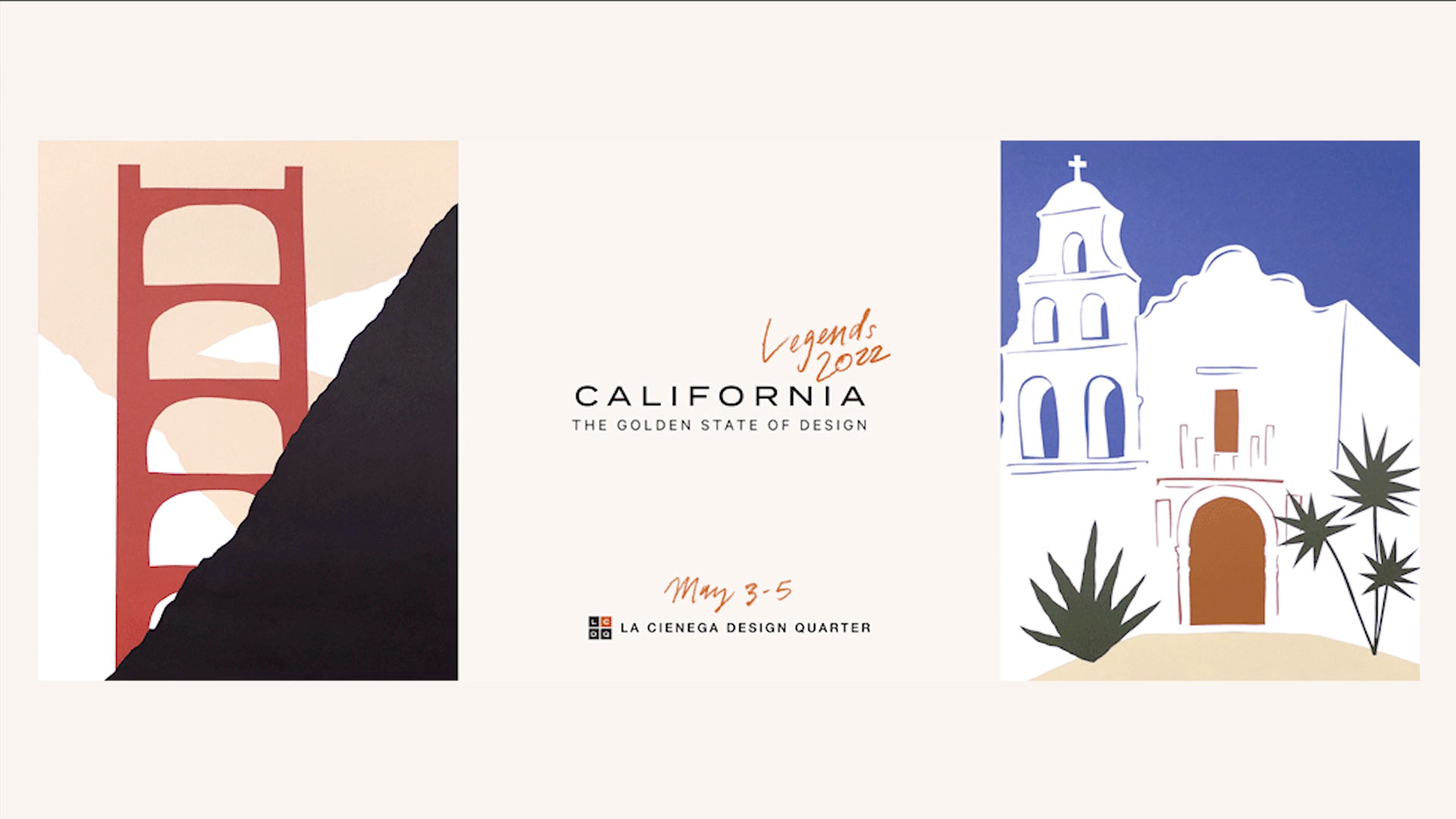 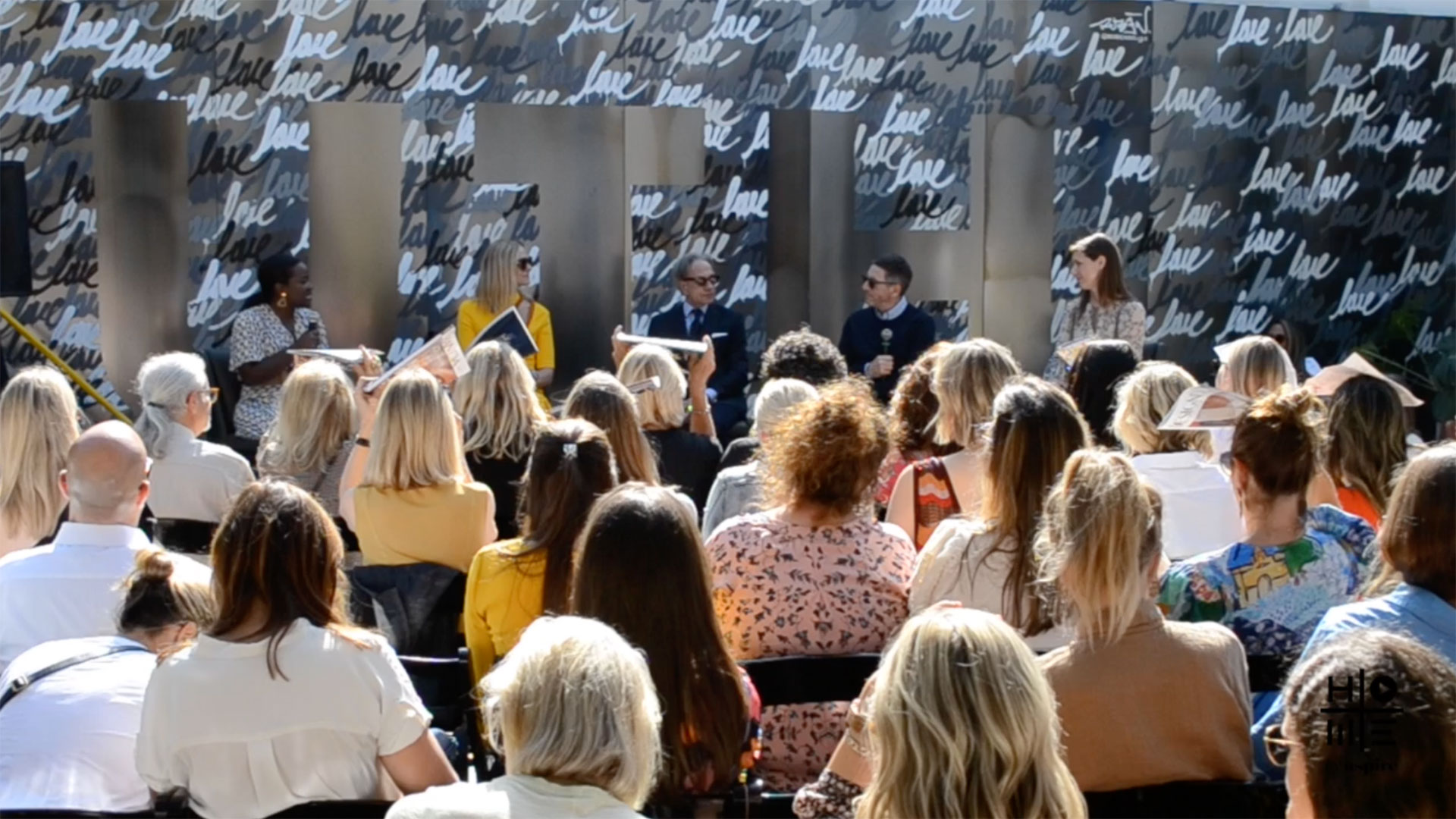 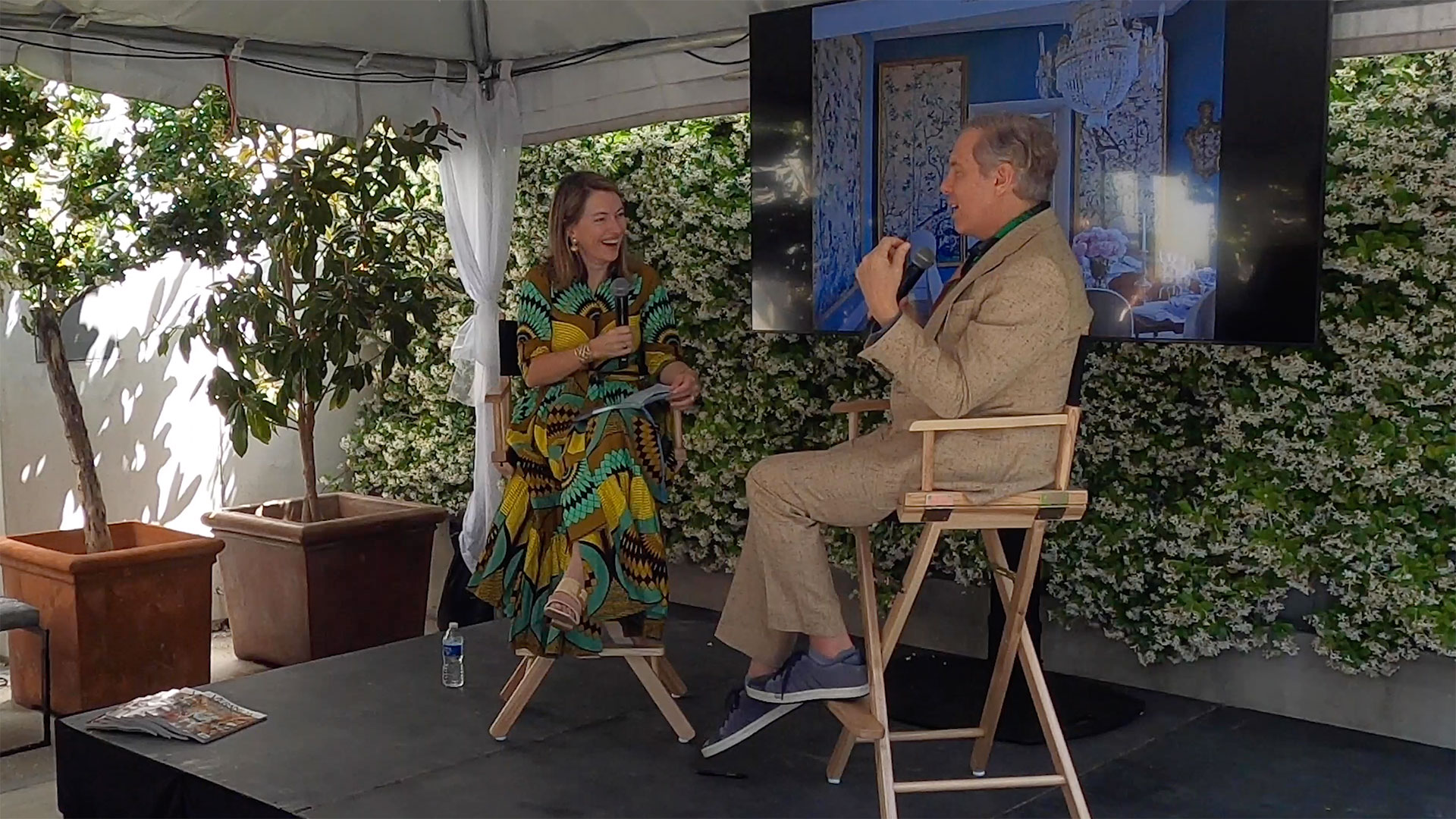